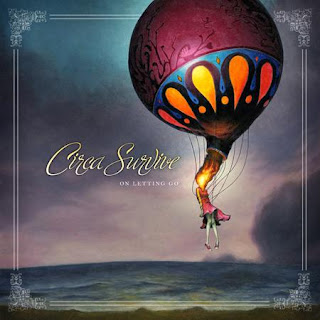 #8: Circa Survive – On Letting Go
After interviewing vocalist Anthony Green this year, I was completely convinced that Circa Survive is one of the coolest and most refreshing indie bands ever. On Letting Go, the follow-up to 2005’s Juturna, offers more of the same; just with stronger structure and more maturity. During our interview, Green told me that Circa Survive has “yet to perform at their potential,” and that they “will be around for a long time.”

Green, the obvious star of the group, possesses the most unique and fascinating vocal range any modern music lover has ever been exposed to. Placed into the mix with superior lead guitar playing and intricate drum patterns, there is no possibility a listener could be bored by the collection of songs.

Now that Green has dedicated himself to other projects (including the Sound of Animals Fighting and a project in which I am not allowed to share yet), it seems as if the guys have reached a superstar level without actually doing so. They will continue to conjure over 1,000 kids to each of their shows, while simultaneously enjoying the success that their mere two albums have brought them. On Letting Go is nothing short of amazing.

The Best of Indie Music